React Native Vs Flutter, Which one you should choose? 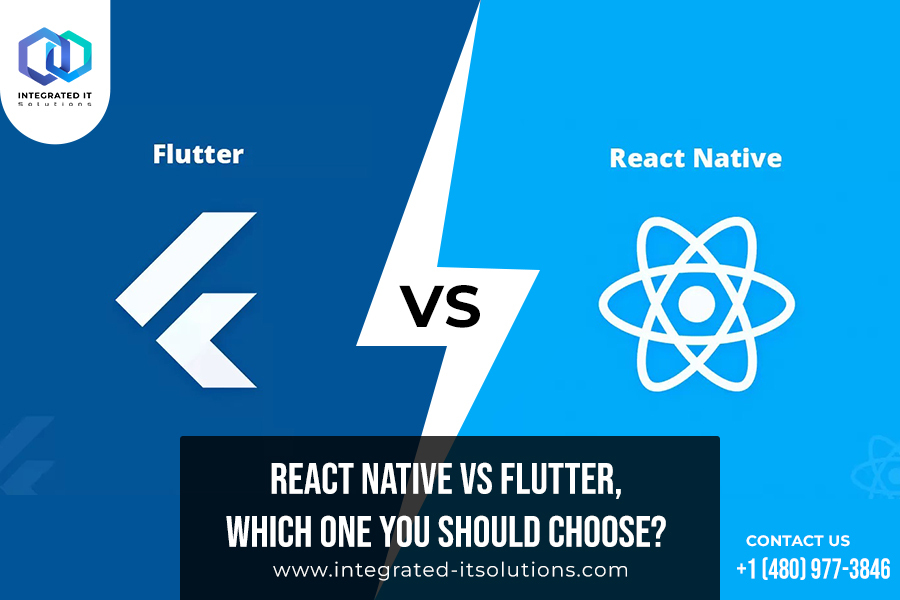 Every company wishes to have an app available on both the app store and iOS. React Native and Flutter are now the most prominent cross-platform application development solutions for phone apps. However, you must select a technological stack before releasing your mobile application to the market. Which one is it? Flutter or React Native? Let's see which one is worthwhile for your time and money.

Flutter's well-structured, thorough, and easy-to-understand documentation makes up for its infancy as a framework and niche language for development. The getting started guide includes detailed instructions on how to set up the IDE, create projects, and more. Flutter also comes with a command-line utility called Flutter Doctor, which walks the user through the entire configuration and setup process by displaying what has been installed and what still needs to be done. When it comes to structured documentation, React Native falls far short of Flutter.

Flutter and React Native both have excellent graphical features, despite the fact that they draw UIs in radically different ways. The documentation for React Native is quite remarkable. Unfortunately, it's geared for more experienced web developers who are already comfortable with JavaScript and have a few flaws. Furthermore, locating knowledge on how to create native libraries might be difficult. React Native incorporates menus, buttons, navigation, and other native graphic elements.

Flutter, unlike React Native, provides extensive documentation. It includes step-by-step instructions, as well as pictures and video demonstrations. The great thing about Flutter is that it comes with several tools to help you with app development. Using Flutter, the application would look the very same regardless of the device model or OS version. Unless the web developer actively modifies the navigation and elements, they will stay unchanged.

Architecture is always a crucial consideration when making an educated decision on which development framework to use.

React Native communicates with native modules via the JavaScript Bridge, which results in slow performance.

Flutter is built on the Dart framework, which includes most of the necessary components. As a result, it's bigger and doesn't always need the bridge to connect with the native modules. In short, the Flutter engine is an ideal choice for app creation.

React Native renders native components for each platform thanks to the JavaScript bridge. This functionality enables you to create authentic Android and iOS app looks and feel. The main benefit is that React Native comes with a large number of ready-to-use components to use as building blocks. However, there are disadvantages as well. Complex UI, for example, is difficult to duplicate in a React Native project. Also, depending on the platform, React Native components may behave differently.

Flutter comes with UI widgets pre-installed, making it simple to create native-like apps. There's no need to look for third-party libraries; a large collection of foundation widgets will suffice. Flutter apps are also uniform across platforms.

As previously said, Flutter is written with the Dart programming language, which enables faster code compilation than JavaScript. Flutter also immediately exhibits animations at 60 frames per second due to this. Flutter also suggests limiting build costs, only employing effects and widgets when absolutely necessary, using lazy methods for grids and lists, and generating and showing frames in 16 milliseconds.

React is written in Native and JavaScript. For apps, demonstrating a high level of performance isn't enough. As a result, to get the desired impact, developers must combine additional interactions with native ones. When it comes to web development, many developers agree that Flutter is the best option.

In the case of Flutter, the API contains everything required to access these native functionalities. UI rendering components, device API access, navigation, testing, stateful management, and a slew of libraries are all included in the framework. If you choose Flutter as your framework, you will be able to discover everything you require without having to rely on third-party programs.

Testing an application thoroughly on all fronts is critical to its success. When a framework includes built-in testing modules and libraries, the job becomes much easier to manage and execute.

Flutter, as the more feature-rich of the two frameworks, also includes testing modules. Unit testing, widget testing, and integration testing are all aided by this. When it comes to testing, React Native is limited. Through JavaScript frameworks, it supports a few unit testing functionalities, and snapshot testing may be done with tools like Jest. Programs built using React Native significantly rely on third-party applications like Appium for different types of testing.