How Kotlin Has Improved The Quality Of Android App Development? 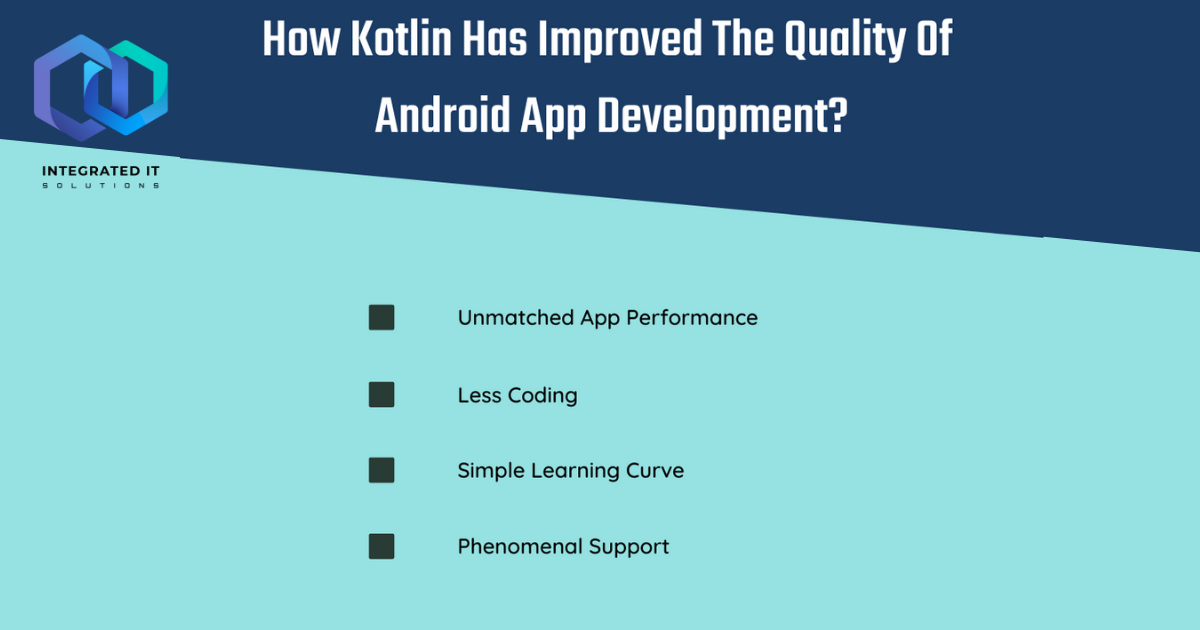 Kotlin has transformed the process of android development. It has brought a lot of distinctive features that have greatly enhanced the efficiency and productivity of android applications. Kotlin is not an ordinary language that has just appeared on the scene of mobile app development. It is a powerful language developed to make robust and scalable mobile applications for enterprises.

The official support and backing of Google have increased the popularity of this language in the developer’s community. Kotlin is becoming an attractive option for developers to create powerful Android applications. Kotlin offers a unique opportunity for developers to capitalize on its technical advantages.

Kotlin is an open-source general-purpose programming language. It comes with exceptional features to enhance the development of flawless android apps. The performance of mobile applications matters a lot to get acquired by thousands of users. Highly functional and interactive android applications can be built using Kotlin language.

Coding in big development projects sometimes becomes a hindrance for developers. Writing and debugging long code may waste a lot of time for developers. Kotlin comes with a fantastic feature to address this issue.

The interoperability of Kotlin with Java offers numerous advantages for programmers. Now, developers can access all libraries and frameworks of Java with a single click using Kotlin. Due to this reason, Kotlin is becoming quite popular among developers. The process of Android development has become more simple and efficient with the inception of Kotlin.

Despite being the most advance and modern programming language, Kotlin offers ease of development and a learning curve. Kotlin succeeds Java & Python in providing functionality and compatibility. The syntax of Kotlin is quite simple, secure and easy to learn and understand for the majority of people. Developers with experience in Java or Python will easily familiarize themselves with it.

Community support is no less than a blessing in the field of mobile app development. The inception of a new language comes with a lot of questions & issues that arise in the mind of developers. The active and dynamic community support with the backing of Google is also playing a huge role to attract new developers. Due to this reason, Kotlin has become the preferred choice for android app development services.